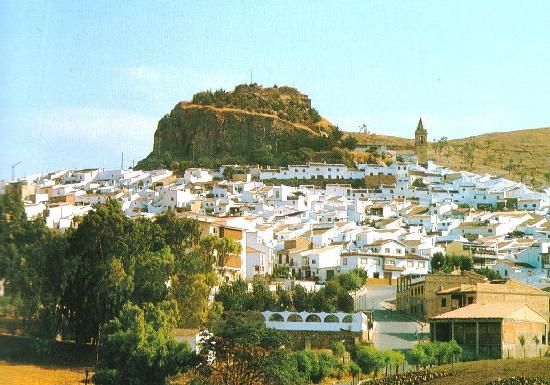 The rural village of Ardales, is perched along the border of the Ronda mountains. It offers more than stunning countryside and fresh air, however, as those who take the time to enter the town will find. History has been good to Ardales, throughout the centuries, this town been inhabited and conquered by numerous peoples, who generously left their marks in the form of archeological sites and important monuments. Civilisation seems to have reached this area with the Romans who contributed a castle and the safety it could afford. Perhaps such an attraction made the area appealing to the Moors who later took the town, gave it a new name - Ard-Allah, or Land of Allah - and settled in for a few hundred years. They also left their mark in the form of monuments, and built the mosque that would later serve as a foundation for the 15th century church that still stands today.

The cave of Ardales, which is also known as Cueva de Doña Trinidad or the Calinoria, was discovered in 1821 after the great earthquake in Alhama de Granada, which left the access to the cave open, after the sedimentation had kept it sealed for more than 8000 years.

The underground complex situated in the extreme west of the Serrezuela, at about 550 and 600 metres altitude above sea level and with a geological age of around 2.5 million years, has not suffered any changes for the last 30.000 years. Its use as a tourist attraction was first initiated by Doña Trinidad Grund, a women from Seville and daughter of the Consul General, who arrived in Malaga at the age of 15 and who bought the cave in 1860. She had a staircase and supports for some torches fixed into the wall. A visit to the cave will reveal an authentic labyrinth of columns, permanent lakes and beautiful stalactite and stalagmite formations. There are also some paintings and engravings dated from the Superior Palaeolithic period of about 20.000 years ago. The most important figure is the Gran Cierva en Negro or the Cierva de Ardales. This is painted in black with a thick red tip where the heart is. There are other drawings of deers, goats, and fish. WelcomeX
Would you like us to help you find a property?Yes
X